Rather than talk about the actual election results, how about we just dance to this 1985 Arcadia tune? Last night there were a series of really awesome tweets, many of which used the hashtag #ImBlankOld, about how old someone was in relationship to pop culture, especially ’70s and ’80s pop culture. Not sure what or who started the tweets, but I saw that BlackGirlNerds wrote quite a few, and hers were particularly funny. I’m a little late to the game, obviously, but I figured I’d share just how old I am in 140 characters, with supporting video and photo footage. I’m driving a 1973 AMC Gremlin as my first car old. (It was a graduation gift from my grandpa.) 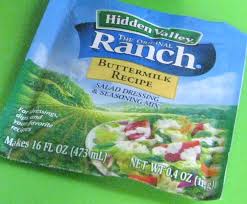 I remember when ranch dressing only came in a packet and you had to make it yourself old.

Last night I was lying on the couch and “slouch socks” popped into my head. All my fellow Generation X’ers should remember these: socks that were designed to be pushed down around the ankle and bottom of the calf. The cool kids who didn’t care whether or not their feet got too hot would wear more than one pair of slouch socks so they could be all color coordinated.

Back in the day I had a few pairs of slouch socks. I can’t remember all of the colors I had, but I seem to recall a peach-colored pair and a pale mint green pair. These coordinated with two shirts I had, which I wore with acid washed or stonewashed jeans, of course. I was so rad. I’m the white girl with her eyes closed in the back. You can kinda see my slouch socks.

I saw this advertisement on Hulu a couple months ago and every time I see it, I start laughing. Honestly, it seems more like a clip from “Miami Vice” than a 21st century ad for men’s cologne. All it’s missing is Don Johnson in a pink jacket.

A couple days ago Giles convinced me to watch The Trip, a 2011 film with Steve Coogan and Rob Brydon. Coogan is on assignment for The Observer to visit several well-renowned restaurants throughout the UK, and when his girlfriend backs out at the last minute, he asks his friend Brydon to come along. The movie is very funny and the pair do several impressions of actors including Michael Caine, Sean Connery and Woody Allen, but it was their singalong of ABBA’s “The Winner Takes It All” that did me in.

Later that night I was up until 3 in the morning listening to ABBA songs. THREE A.M. It’s not like all their songs were fantastic, either. If you pay attention to the lyrics many of them don’t make much sense. It’s the melodies that suck you in – they are catchy. Momcat had several ABBA singles on 45s that she enjoyed.

There’s a clear formula to most ABBA videos:

1. Show the band members performing some activity together, such as eating, drinking, playing a board game.

2. Alternate between showing Agnetha and Frida singing, their faces wracked with emotion and longing for Bjorn and Benny.

3. Alternate between shots of Bjorn and Benny looking suggestively at the camera, their faces wracked with cool Swedish reserve toward their beloveds.

5. Alternate between shots of Agnetha, Frida, Bjorn and Benny walking away from the camera, only to turn and look back as if to say, “You miss me, right? I know you do. I KNOW YOU WANT TO GET WITH THIS. But you blew it.” (This would all be said in Swedish, of course.)

6. Some camera tricks that reflect the latest in mid 70s-early 80s cinematography, such as morphing faces into each other, mirror images, etc.

My favorite example is the video for “When All Is Said and Done,” which came out in 1981. I think I have this song on an old K-Tel album.

Now it seems I’ve gotten more into ABBA than I anticipated. I can’t stop listening to their songs on Spotify, or looking at videos on their VEVO channel. I have fallen down the rabbit hole and wound up in Stockholm. Any minute now Steve the Mighty ‘Mo is going to bang on our shared wall and tell me to turn down “Waterloo.” Though this is really all Giles’ fault. Him and Steve Coogan and Rob Brydon. Damn them all.

Last week I went shopping for shoes for my aerobics class. There were plenty of shoes to choose from, but the color selection freaked me out. I’m talking neon colors of pink and chartreuse and orange on a black or grey canvas mesh. What happened to standard white sneakers with blue or silver accents?

I suppose I’m incorrectly assuming that the resurgence of old-school aerobic dance classes means that white high-top aerobic shoes are back, too. I did find out that Reebok still makes the ubiquitous-in-the-80s Freestyle high-top aerobic shoes. And you can get them in white. But if you go to their website, you will find crazy color combinations that look like the shoes were dipped in rainbow sherbet gone horribly wrong.

Since I had limited funds, I narrowed it down to two choices, seen below. Want to guess which one I picked?