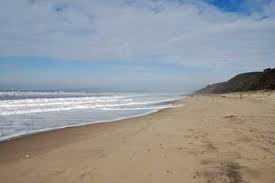 Today I was in the mood to listen to something different…something familiar yet still fun. That could only mean one thing: break out a mix tape.

Anyone born after 1988 may never be able to fully understand or appreciate the mix tape. Like many of my generation, the mix tape was a staple of my youth. My mixing experience started out by recording songs from the radio, and adding selections from my collection of LPs and 45s. After I got a dual cassette player, I graduated to tape-to-tape dubbing, which meant I could check out tapes from the library and make copies of my favorite albums. If there was just one song I liked, though, I could easily cue it up on the playback only side and record it onto a blank cassette.

Today’s tape was one I called Beach Music Montage. As you probably already figured out, the theme was music that I associated with the beach or with summer. I don’t remember exactly when I made it, but my guess is around 1988, based on the tunes listed. I went so far as to draw a little beach scene on the labels for each side of the cassette, and did a drawing on the track listing too. The Beach Music Montage mix tape. Note the different colors of ink for each song.

Some of my favorites from this mix tape:

From what Wikipedia tells me, this band was big in Australia, but the only hit of theirs that I remember was their 1987 remake of Lipps Inc. “Funkytown”. Today I had fun doing harmonies on this song.

Playing with the Boys – Kenny Loggins

This song from the Top Gun soundtrack didn’t make a huge splash, but I remember the scene in the movie where the song was playing: the guys were out playing volleyball, shirtless and sweaty and looking fine.

For some reason this song always makes me think of Key West. I was there on a family vacation in the summer of 1986, right after my grandparents’ 50th wedding anniversary. Whenever I hear this song I flash back to being fifteen and full of angst and wishing I was legal so I could go to Sloppy Joe’s Bar.

Off of their All Over the Place album, this song appeals to my English literature loving nature. What with the title referencing a Matthew Arnold poem and a shout-out to T.S. Eliot’s “The Love Song of J. Alfred Prufrock” near the end, it’s a lit major’s dream.

I wonder if I will ever reach a point when I can listen to an INXS song and not be mad at Michael Hutchence for being so damn stupid for killing himself. Their music is so fun and his voice is so amazing…dammit, now I’m mad again.

If This Is It – Huey Lewis and the News

Huey and his boys always did a good job with their music videos, and this song’s music video was no exception. I think I added this song to the mix because the video was focused on the beach.

Nowadays this song might make my head explode, because it got overplayed when it came out in 1988. But the whole beach theme is pretty evident here, what with all the name-checking of Caribbean beaches. In the aerobic dance class I took back in the ’80s, we joked about getting maracas to shake while doing a cool-down routine to this song. One day a classmate returned from a vacation with maracas for several of us – and yes, we shook ’em.

Back on Holiday – Robbie Nevil

I had it BAD for Robbie Nevil back in the day. He looked like a bad-ass and he could sing. Sigh. Years ago I made up a storyline for a video for this song, but being all of 17 I didn’t have the resources to make it happen. So there you go.

What mix tapes do you remember fondly?

If you like what you’re reading, how about donating? The money will go towards the fees for a writer’s workshop this fall. (Read more here.)